The Irish name for the village is An Chrois, meaning a crossroads. 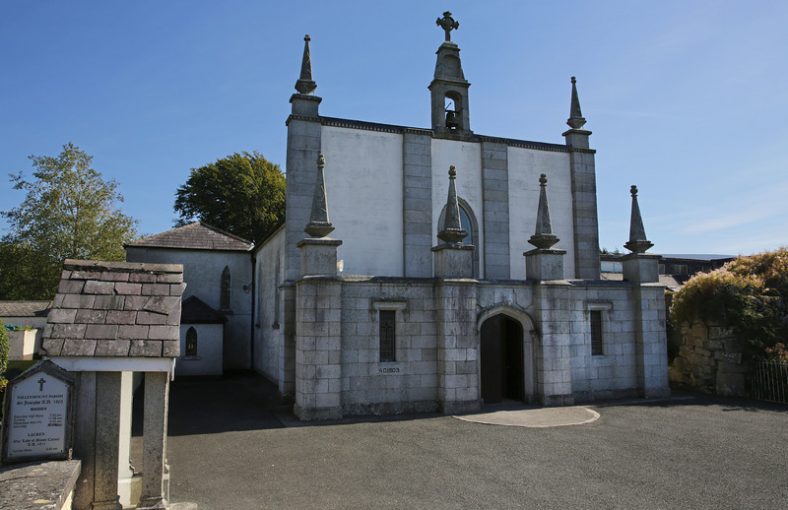 Valleymount Church, a detached four-bay single-storey Roman Catholic Church was built in 1803.  Its exotic style is locally attributed to either a former priest inspired by churches he saw on a visit to Malta, or to parishioners who had visited or worked in New Mexico. The building is a fine example of local building and stone masonry skills. The entrance consists of a Tudor-arched timber double door with moulded dripstone. The majority of the windows have pointed arch heads with stained glass interiors. The stained glass windows date from the 1930s with those to the side aisles by Harry Clarke and those to the chancel by Hubert McGoldrick. 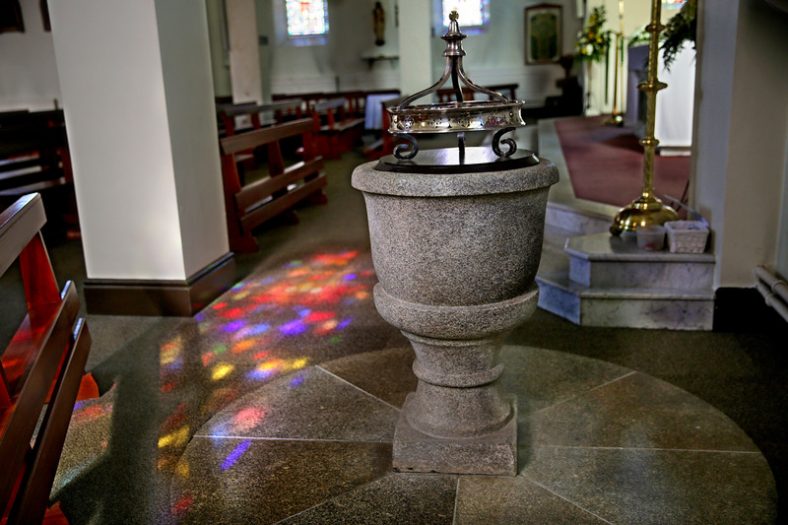 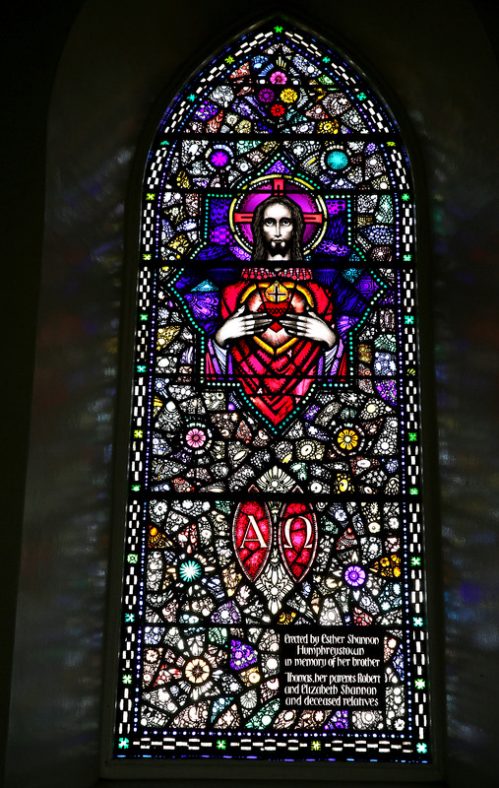 Tommy Tipper was the blacksmith at Valleymount’s old forge until his death in 2008. The forge was the social centre of the town and a place where the men gathered and discussed farm news and sports. Cyril Cusack filmed a scene for the movie The Outcasts (1982) in the old forge. The post office and only shop in the village owned and run by John Mahon closed in 2006.

The pub The Star Inn is owned by Leo O’Connor. It was originally built in 1836 and was owned by Leo’s father Edward O’Connor during the war years. Edward had a turf lorry and transported turf from the local area to the Phoenix Park in Dublin, where it was distributed throughout the city. There was such a demand that Edward used to transport the turf through the night, in an effort to keep the institutions in the city supplied.

St Kevin’s Way follows in the footsteps of St Kevin through the hills of Wicklow to Glendalough where legend has it he spent the rest of his life in solitary prayer and contemplation. After Kevin’s death in AD 618, Glendalough became a centre of piety and learning. Medieval pilgrims came from far and wide to visit Kevin’s tomb, and the alternative starting points to the walk reflect the different directions from which they are likely to have travelled. While the main route starts in Hollywood, an alternative route comes from Valleymount. The paths meet and join at Ballinagee Bridge.

There is a sweathouse in the townland of Annacarney near Valleymount. It is on private land and well camouflaged against the bank. It measures 2.2m in height and c.2m in diameter with a small entrance. The interior has a corbelled roof onto a large centre roof-stone. Mainly used in the eighteenth and nineteenth centuries, sweathouses were thought to help with aliments and with maintaining general health and wellbeing.

Scenes from the film This is my Father (1998) featuring Aidan Quinn and James Caan were filmed around Valleymount. Also Braveheart (1995) was filmed on location near Valleymount. The film starred Mel Gibson and a consequence of the project was the creation of a route around the lake called Braveheart Drive