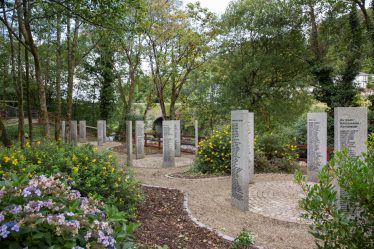 zoom
The World War I Memorial Park at Woodenbridge

Woodenbridge Golf Course is best known in Irish history as the site of a famous political speech by John Redmond MP in September 1914 in which he encouraged Irishmen to join the British Army and fight in World War I.

Redmond was the leader of the Irish Parliamentary Party in the House of Commons and had been working for over 30 years to achieve the objective of Home Rule for Ireland. By September 1914, he had succeeded where Daniel O’ Connell and Charles Stewart Parnell had failed. A Home Rule Bill had been passed through Westminster. However, its implementation was suspended owing to the outbreak of World War I. At the time, Redmond was also in control of the Irish Volunteers, a 150,000-member militia that had been formed to bolster the case for Home Rule and as a response to the formation of the Ulster Volunteer Force who opposed Home Rule.

On Sunday September 20th 1914, Redmond was returning from Westminster via Dublin to his residence at nearby Aughavannagh. He passed a company of East Wicklow Volunteers who were drilling on the golf course, many on horseback. Redmond made what is thought to be an impromptu speech to the men in which he told them to ‘account yourselves as men, not only in Ireland itself, but wherever the firing line extends, in defence of right, of freedom and of religion in this war’. Although  in previous weeks Redmond had already encouraged Irishmen to join the British Army, the Woodenbridge speech has been the most quoted of his statements on the issue.

Redmond hoped that by encouraging the Irish Volunteers to join the British Army, the introduction of Home Rule after the war would be guaranteed. He also thought that it would prevent the partition of Ireland by uniting Nationalist and Unionists. However, the war lasted far longer than anyone had anticipated. Furthermore, those Irish Volunteers who disagreed with Redmond and split from the movement played a key role in the Easter Rising of 1916. Redmond died in 1918 having seen his dream of Home Rule unfulfilled while thousands of Irishmen had been killed in the conflict, including his brother Willie.

A monument had been erected on the golf course to mark the site of the speech while there is also a memorial park commemorating those who died in World War I.