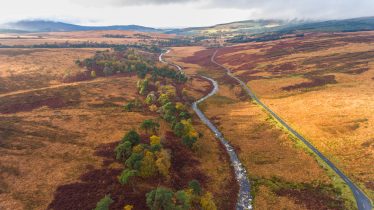 As the River Liffey begins its sharp descent from its source, it passes under the road between the Sally Gap and Manor Kilbride. On the southern bank of the river the slopes of the valley are speckled with trees. Forestry is common across the Wicklow Mountains nowadays, but the trees here represent an important era in the development of commercial timber production in Ireland.

This area is known as the Coronation Plantation, so-called because it was planted in 1831, the year that William IV ascended to the throne as King of Britain & Ireland. The initiative was spearheaded by the Marquis of Downshire, one of the chief landlords in Ireland at the time. In fact, the Maquis carried the second sword at the coronation ceremony in September of that year.

This was a period when large landowners were seeking to maximise the value of their estates and producing timber for commercial purposes was viewed as a potential revenue stream, especially if the land could not be used productively for other purposes. Scots Pine trees were brought over from Scotland as it was thought they would thrive in the uplands of Wicklow. The species had once existed in Ireland but had become extinct over 2,000 years previously. It was planned to plant 500 acres of mountainside with this reintroduced tree, which provides a type of timber known as red deal. 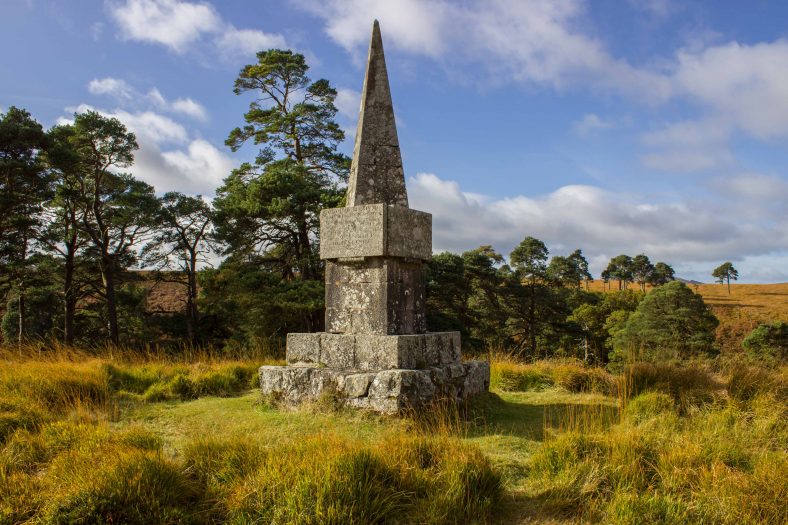 There is a granite obelisk on the site which provides some more detail on the history of the plantation. A very worn inscription reads:

This Plantation in the Brocky Mountains of 500 Irish

Laid out by the Most Honourable the Marquis of Downshire

The fencing commenced in August 1831.

It was called the Coronation Plantation in honour of

The Most Noble the Marquis of Anglesey being Lord Lieutenant of Ireland.

improvement of the County and the Benefit of the Labouring Classes.

The fact that the date of completion was never inscribed indicated that the scheme was not a commercial success and today the plantation is a sparse scattering of trees rather than a thick and healthy forest. Nevertheless it forms a pleasing vista to anyone travelling the nearby road. Scots Pine still predominate and native oak trees are also present, providing a significant habitat for the red squirrel. The open canopy provided by the Scots Pine allows Purple Moor-grass and other flora to thrive underneath. Concern has been expressed that the trees are not regenerating but conservation efforts should help to ensure the Coronation Plantation remains as a distinctive natural feature of the River Liffey valley.