Baltinglass - The Arrival of the Cistercians 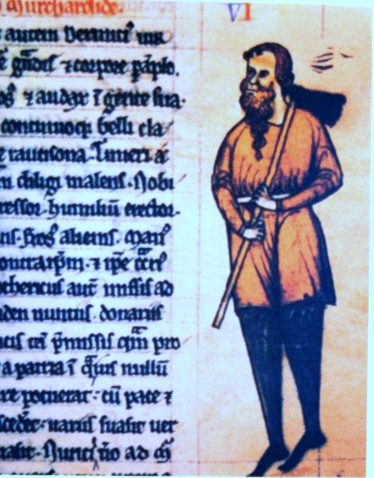 Diarmaid MacMurchadha (Dermot MacMurrough) of the Leinster Uí Chennselaig dynasty, founded the Cistercian Monastery at Baltinglass in 1148, and gave it substantial grants of lands in modern-day Wicklow, Carlow and Kildare.

Diarmaid was sent a letter a letter of congratulations from Bernard of Clairvaux, the spiritual leader of the order stating:

“in our opinion it is really a great miracle that a king at the end of the earth, ruling over a barbarous people, should undertake with great generosity such works of mercy.”

At the end of the 11th century there was a general feeling in Europe that the existing monastic orders had grown corrupt, slothful and too fond of earthly power. The Cistercian order was an attempt to remedy this decay. The first house was found in the wilderness in Citeaux (in modern France) in 1098. They determined to build in wilderness, away from the temptations of the world. They determined to be self-sufficient, not depending on the labour of serfs or servants. They wanted to live a hard, pure life.

St Malachy was an Irish monk who visited the inspirational St Bernard, the spiritual leader of the new order. He greatly admired what the monks were trying to do. It was St Malachy who was responsible for encouraging Kings like Diarmaid to found new Cistercian monasteries in Ireland.