Unlike the 60’s, if you were there during the decade that was the 70s and can remember it, you were there. We were on the road in the old favourites, the Jaguar, the Cortina, the Capri, the Datsun Cherry, the VW van and a host of other never forgotten names.

Television was expanding in technological terms with the coming of piped TV. When the reception was good we would be spoiled with a choice of four channels to watch programmes such as Marcus Welby MD, The Riordans, Wanderly Wagon, Kojac, Bonanza and Strarsky and Hutch. Colour televisions were being installed in public houses and many said it was killing off the conversation and the craic.

We hopped out onto the Co. Wicklow dance floors to the music of Joe Dolan and the Drifters, The Miami, The Plainsmen, Tina, Gina, Red Hurley, Derek Dean and the Freshmen, Roly Daniels and Big Tom and the Mainliners. The days of the showbands were numbered however with the coming of the DJ and his light and sound show, a cheaper option for venue owners who promoted the new craze of disco. If you were hip to Irish sounds it had to be Horselips, Planxty, Thin Lizzy, Rory Gallagher, Van Morrison and The Boomtown Rats. The 70’s offered a variety of sounds from Glam Rock with Bowie, Bolan, The Sweet and even Rod Stewart got in on the act. Others preferred the sounds of Led Zeppelin, Deep Purple, Pink Floyd or Status Quo. The punk explosion belonged to the 70’s and was followed by New Wave and 2 Tone.

In terms of technology we were in the Dark Ages, there were no PCs, Google, microwaves, Playstations or mobile phones, Tablets were purely for medicinal purposes and not for the internet or reading a book off.  Books came in paperback or hardback only. The mass production of the CD and DVD was in the future. We made do with the Record Player and 45’s or 33 and a third records or the Boombox and cassettes. The portable Walkman was on the way however. These are now all antique pieces and alien to the youth of today. 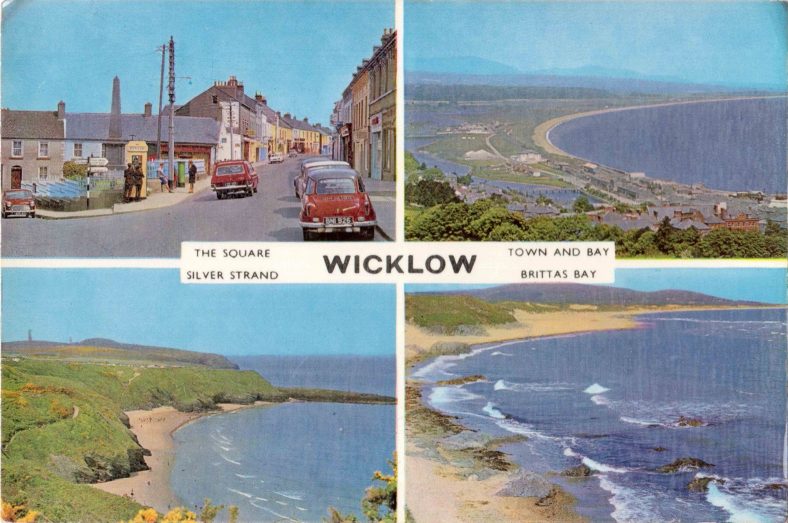 If we wanted to see a film we went to the cinema to be terrified by ‘The Exorcist’ or ‘Jaws’ and thrilled by ‘Enter The Dragon’ and ‘Star Wars’ or ‘The Godfather.’   Most of our activities when we were young in the 70s involved outdoor activity and our communication was carried out face to face. Text and Facebook as concepts had not yet been developed. Our toys were Action Man, Barbie, Connect Four, Rubik’s Cube and board games made of metal. We learned decimalisation as pounds shillings and pence went the way of the Dodo and we joined the EU.

Refugees poured south as the troubles exploded in the north. Five centres were set up in Co. Wicklow to house them. Women bore the brunt of discrimination in Co. Wicklow and all over the country. They were paid less and had to give up jobs when they married, contraception was illegal, they could not sit on a Jury or in a pub and a woman with a pint glass in her hand was a shocking sight to see.

As treats we had Bullseyes, Blackjacks, Refreshers and fizzy dips, costing between 2p and 5p. We cooled down with a Brunch, a Choc Ice or a Wibbly Wobbly Wonder which cost between 30-35p. 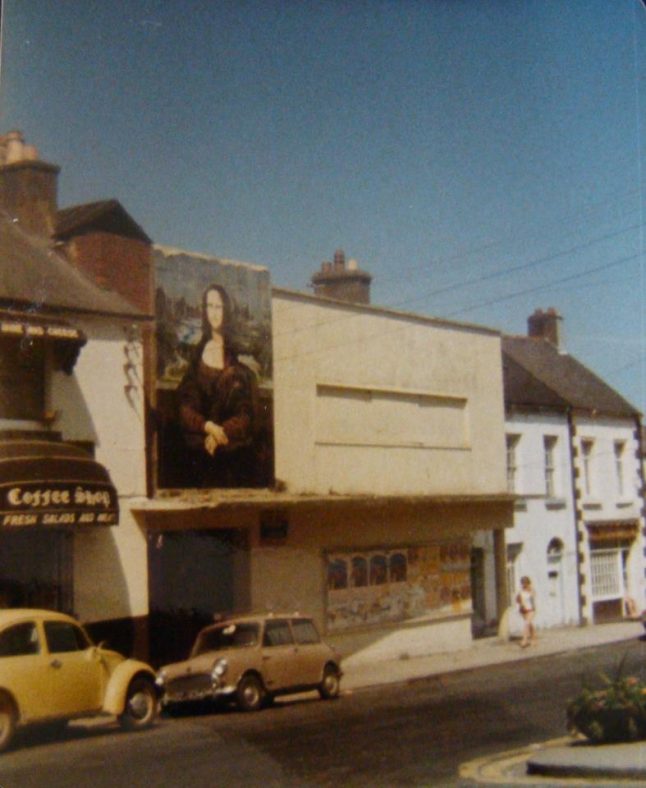 In school a whole generation went through compulsory Irish with the text ‘Peig Sayers’ which draws a variety of opinions today, many not very complimentary. There was a Programme of Government to abolish the now abolished, Urban Councils in Co. Wicklow and countrywide. The cost of living was high and the cost of dying had also increased. Co. Wicklow residents objected to burial plots priced at £31 per space.

There was a drugs problem in the seventies in Co. Wicklow and it slowly increased during the decade. What worried parents more however were the drinking habits of their children with 50% of 15 year olds declaring they had taken alcohol.

The quality of milk available in the county came in for criticism and producers were advised to ‘take the bull by the horns’ on the issue. Progress was to be seen everywhere, from plans for a Caravan Park at Brittas Bay, new traffic lights in Arklow, which were declared to be ‘more stop than go’ and Wicklow’s first ever nightclub opened at ‘The Devil’s Glen, Ashford,’ it was strictly over 20s and cost 1/- admittance. The law stated that a supper had to be provided. 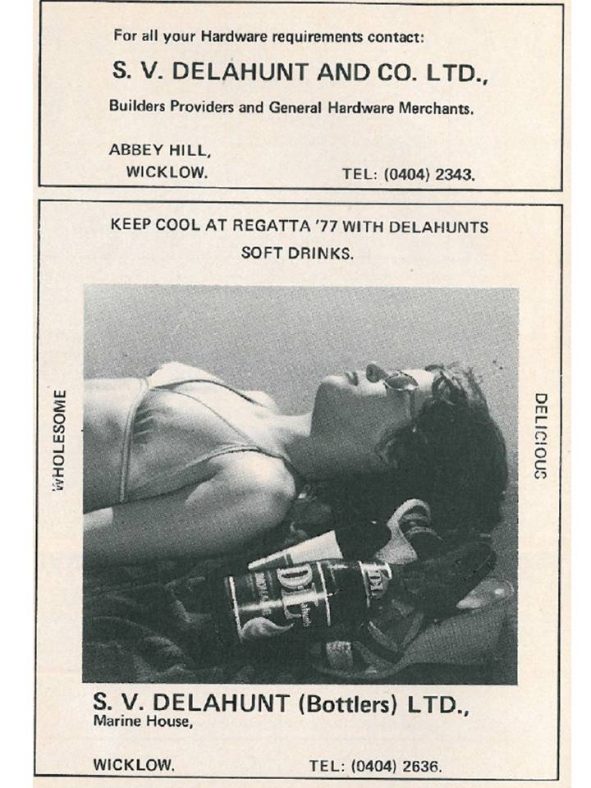 Keep Cool At Regatta ’77 With Delahunts

Lay men were allowed to hand out Holy Communion at mass for the first time and the native Irish Black bee, thought to be extinct, put in a few appearances at Moneystown and Roundwood. This was also the decade that the Glencree War Cemetery opened with the re-burial of 133 German war dead interred there. There was time also to look backwards as the local paper looked at the collapse of the timber bridge at Bray Head in 1866. It took 500 men to build it. The seventies was a decade of growth and progress and today is a source of fond memories to those of a certain age.