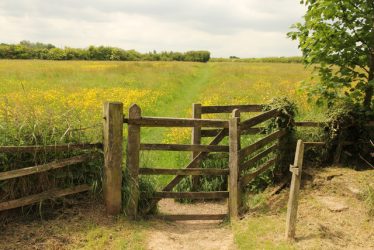 Kissing gates have in many places been replaced by stone stiles and the more modern ones, still found extensively, allow easy access for one individual at a time but no animals can get through them.  This change accounts for their description as turn stiles.

The usual construction is a ¾ circular iron enclosure with a swinging gate in the middle.  The gate is constructed in such a way that it is self-closing away from the field in which animals graze.  One explanation for the name ‘kissing gate’ is that the first person through the gate extracts a kiss from the following person before they are allowed through.  We are familiar with having to pay a toll on roads and bridges as a kiss is no longer acceptable! 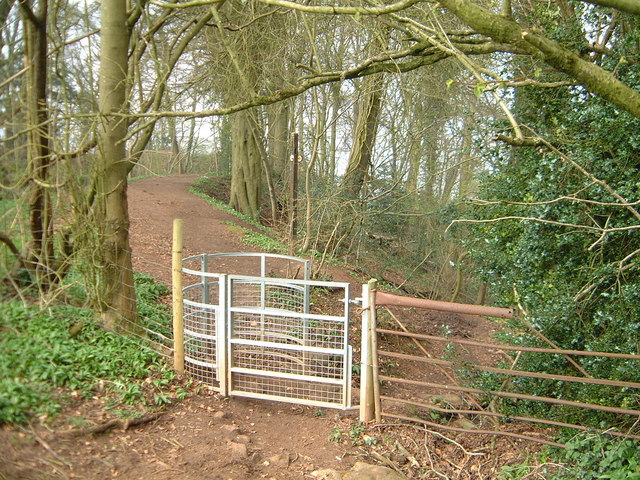 The original term ‘Kissing Gate’ is probably much less romantic, as it is a technical engineering term.  These gates were hung in such a way that they would always close of their own accord when you passed through.  This arrangement whereby the central gate touched the surrounding bars is known in engineering terminology as kissing.  However, if you are neither romantically nor technically minded you just call them ‘Donkey Gates’.  I still like to refer to the five such gates you pass on the mass path between Kilcoole and Kilquade Church as ‘Kissing Gates’ rather than donkey gates – kissing gates sounds much more romantic.