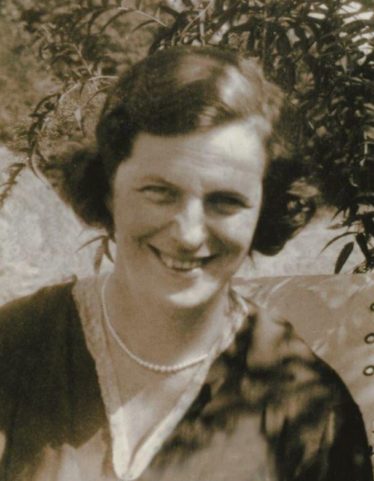 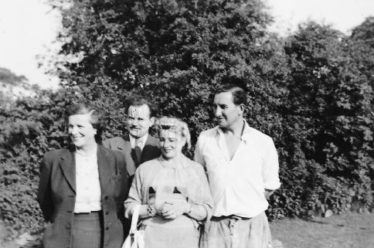 Oonagh was recruited by her father Joseph Keogh of Joseph Keogh & Co. Stockbroking who himself was famed for being the youngest bank manager in Ireland, taking up the role in the 1880s at the tender age of 24 at the Hibernian Bank in Swinford, County Mayo.  Born in Wicklow in 1862, Joseph was the son of farmers Thomas and Maria Keogh nee Chapman of Dunbur, Wicklow.  The Keogh and Chapman roots grow deep in Dunbur for several generations as evidenced by the parish, land valuation and tithe records for the district.  Joseph’s career progressed from bank manager to stockbroking, amassing him considerable wealth and an address at the prestigious Shrewsbury Road, Dublin where Oonagh and her siblings were reared and subsequently Newtownpark Avenue, Blackrock.  Sadly, that wealth was largely lost like so many fortunes, in the wake of the Great Depression of 1929 and its aftermath in the financial instability of the 1930s.

Oonagh Keogh eventually resigned from her father’s firm in the 1930s and married the talented designer and architect Bayan Giltsof, buying land at Kilquade, County Wicklow.  Giltsoff, a Russian émigré, built an enclave of houses in Kilquade in the 1940s and 1950s known as The Russian Village due to their Russian style and design.  These charming and unique properties caused quite a stir at the time and are still highly sought after today.

Oonagh’s story was rediscovered and publicised due to a chance meeting between Oonagh’s nephew David Keogh and the then CEO of the Irish Stock Exchange Deirdre Somers.  The meeting’s outcome, after subsequent communications, was the commissioning of a research project which, was eventually published as a book in 2014 (see below). To mark the occasion and thank the family including Oonagh’s nephew David Keogh and her youngest son Bayan Giltsoff (who sadly passed away in 2016), the ISE invited twenty one first-generation Keogh family members to a special dinner on the Exchange’s Old Trading Floor.  As David says, “Fortunately, they were exceptionally able to include my eldest daughter, another Jo Keogh and she was fascinated to see a photograph of her Great-Grandfather looking down on the event”.

I am very grateful to Oonagh’s nephew David Keogh for contacting the Wicklow County Archives Service and highlighting Oonagh’s “double-connection” with County Wicklow, both through her ancestry and the founding of the Russian Village, Kilquade.   To learn more about Oonagh’s story see: