You are here: HomenextTopicsnextWICKLOW PUBLICATIONSnextFred: The Collected Letters And Speeches Of Colonel Frederick Gustavus Burnaby 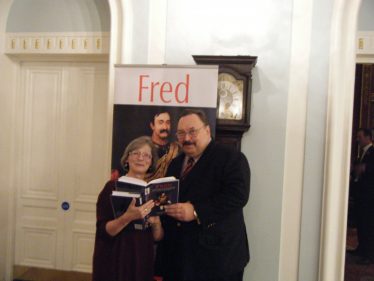 The launch recently took place in London’s Oriental Club of Fred: the collected letters and speeches of Colonel Fred Burnaby. Edited by Dr John Hawkins, this is the first of two volumes which will cover Burnaby’s career as soldier, traveller and author. Volume two, covering his political involvement at the time of the Irish Land War, his marriage and his death in battle, will appear next year.

This is the most comprehensive study to date of Fred Burnaby, a colourful and controversial figure, famed in life for his gigantic size and prodigious strength, and in death as a great Victorian hero. Nowhere, perhaps, is he better remembered than in Greystones, a town which he visited, briefly, only once. In 1879 he married local heiress, Elizabeth Hawkins-Whitshed, and his name is perpetuated in the town’s Burnaby Estate, built on his wife’s land.

Greystones Historical Society intends to mark the occasion of its own 25th anniversary by presenting a signed copy of Fred to Greystones Library. The presentation will take place early in the New Year.

For further details of this publication, see http://www.helion.co.uk/published-by-helion/new-and-forthcoming-titles/fred-the-collected-letters-and-speeches-of-colonel-frederick-gustavus-burnaby-volume-1-1842-1878.html