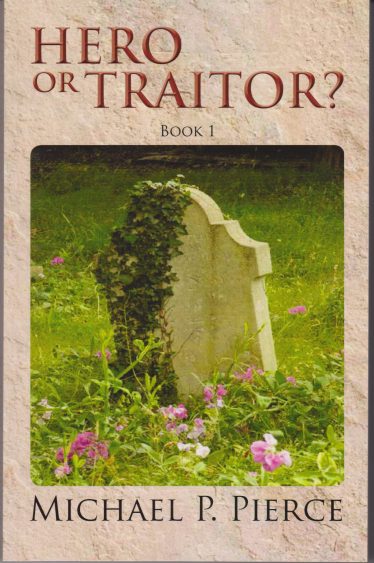 STORY SYNOPSIS for ‘Hero or Traitor?’ by Michael P. Pierce

The virtual unknown story of a protestant farmer of English descent who ends up becoming a revolutionary who led the Irish rebels in their fight for independence from the English in the Irish Rebellion of 1798.

This rebellion had a major influence in shaping Ireland’s plight for political freedom and independence from England which was achieved 123 years later under The Irish-Anglo Treaty.

The story tells what drives people to rebel and in particular what caused Joseph Holt to rebel against an English political system that he was a part of.

Joseph went on to become General Holt, Commander in Chief of The United Irishmen in 1798. Historians and researchers estimate that between 30,000 and 50,000 people were killed in the space of six months during the struggles of 1798.

The story is told in the first person because it is based on the subject’s own original memoirs.

‘Hero or Traitor?’ is volume one of two volumes.

General Holt ended up being sent into political exile in Botany Bay, Australia in 1799, where his life in the colony was as colourful and adventurous as it was in Ireland. Volume two is set in Australia.

This is a true story based on real events which to date have virtually been overlooked in history. It is a story that deserves to be told and heard. A hero to some and a traitor to others? You decide!

Michael P. Pierce, Writer/Author, is a distant nephew of Gen. Joseph Holt on his mother’s side.