Local people who live and work in the area came into the school to talk to the children about their work and their memories of growing up and living in Kilbride in the 1930s -1970s. They were: Conor Russell, violin-maker, Rosemary Hetherington, librarian, Michael Doyle, carpenter and farmer and Ken Hannigan, local historian, gave us maps, census records and information on Kilbride in the 1840s.

Pupils who live in the Kilbride area spent their weekends exploring the old church ruins, wells, fields, underneath the church, the Quaker Burial Ground, and generally having great fun, with the help of Richie Belton who lives in Kilbride and the Cullen family who also gave them information on local stories about Kilbride.

Parents from near the area brought their children to the Quaker Burial Ground, and to Kilbride and Kilboy Bridges, to do sketches, gravestone rubbings and take photos.

Parents and children made birdboxes at home to put up along the Pure Mile, using a basic design and coming up with some great variations!

Grandparents in the community provided information and old photos of Kilbride and came to see a presentation of the project in the school with the parents.

Lydia Pim was a widow. She was the last of several generations of Pims to have owned the Townland of Ballymurrin Lower since the early 18th century. The Pims were a well known Quaker family who conducted business in Wicklow Town. They were part of a strong Quaker community that had flourished around Wicklow Town in the late 17th and 18th century. Meeting houses were established in Ballykean near Redcross in Ballymurrin, and in Wicklow Town, and a Quaker burial ground had been opened in Ballymurrin.

In December 1874 Lydia Pim asked to have her land in Ballymurrin sold in the Landed Estate Court. Her husband, Joseph Pim, a linen merchant in Wicklow Town, had died two years earlier and their daughter, Susan, had died two years before that, aged only 11. All three, along with another daughter, Josephine, who died in 1889, were buried in the Quaker Burial Ground in Ballymurrin. They are remembered on the only four headstones now standing there. Although there are 106 other burials in the burial ground, in keeping with Quaker tradition they are not marked by headstones. 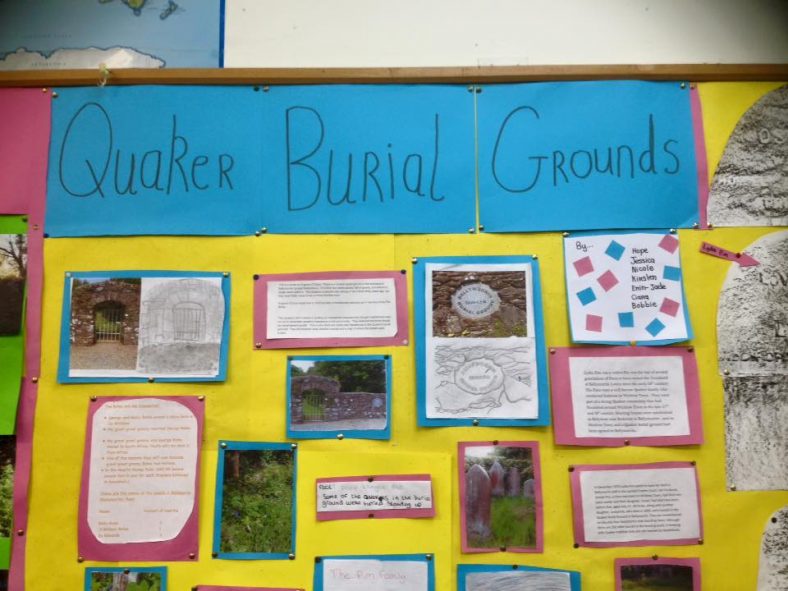 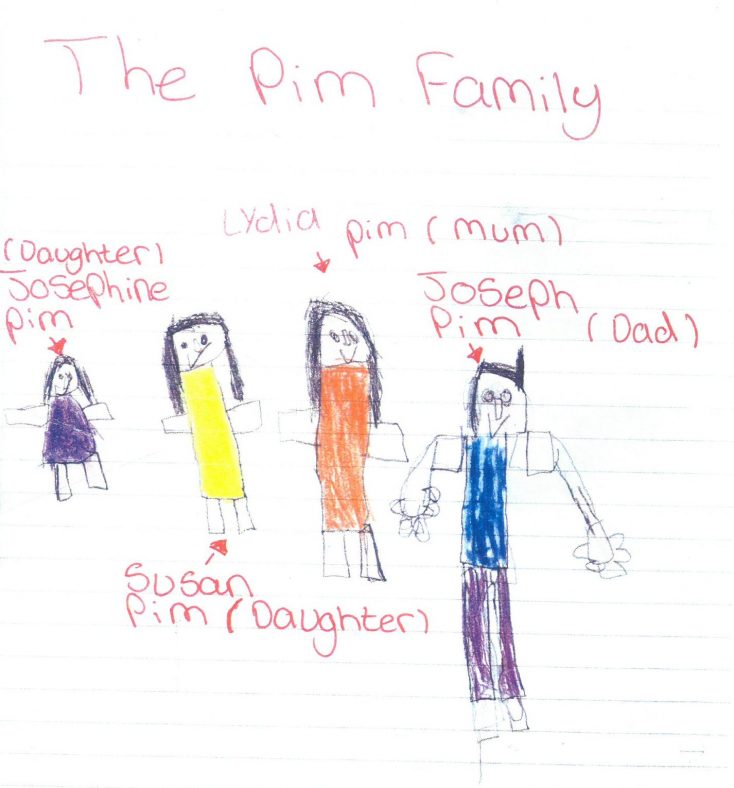 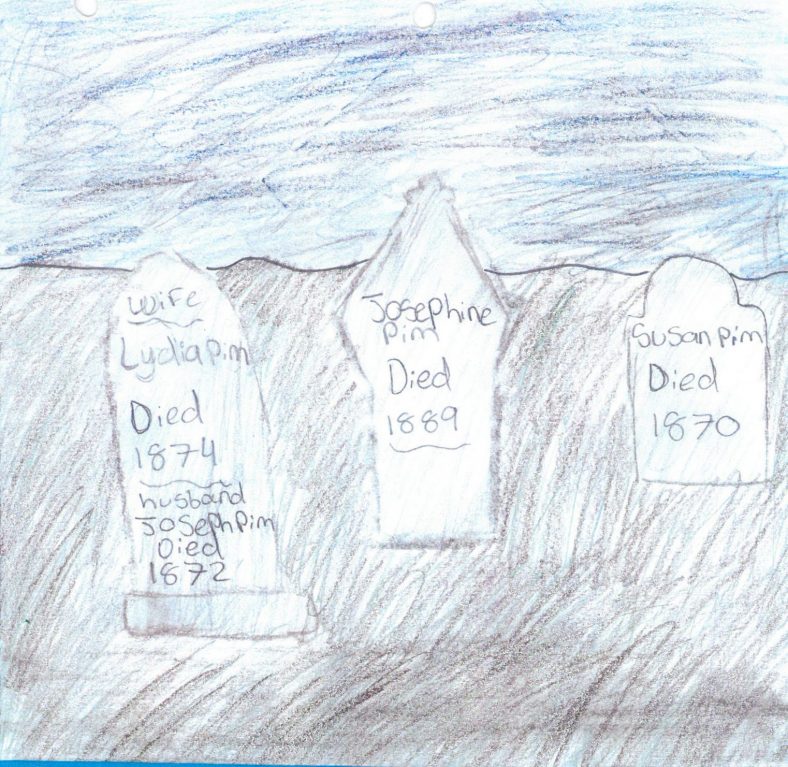 Trees, both native and non-native that appear in the area include: Oak, Hawthorn, Ash, Holly, Ivy, Sycamore, Horse Chesnut and Blackthorn.

Sketches were made of many of these together with framed photographs. Note was made of the large amount of bluebells growing in the area. 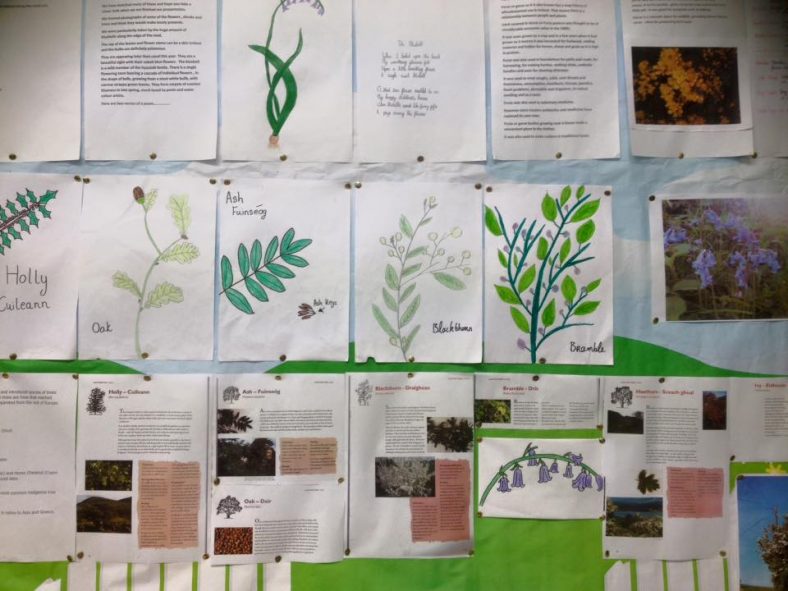 Fauna of the mile

These birds are quite common in the area. Information was gathered by the pupils of Brittas Bay National School and an information stand was erected to display same. 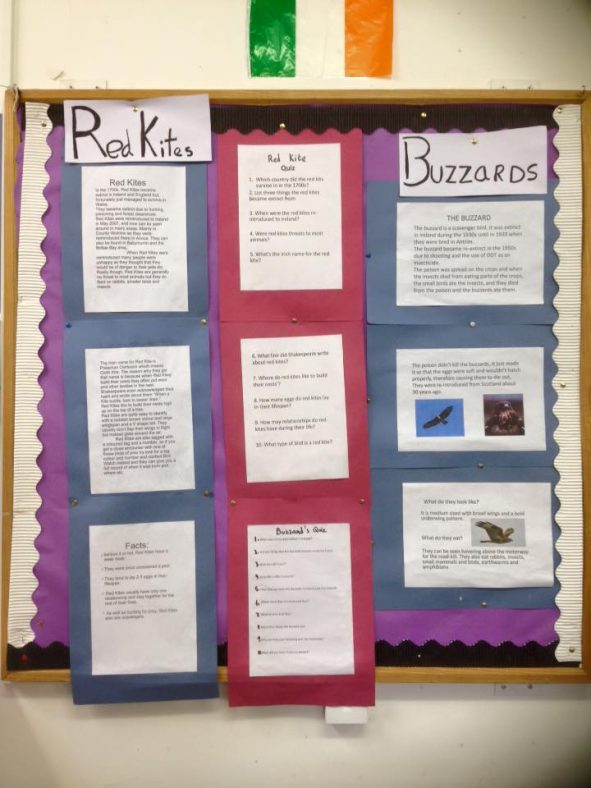 Kilbride through the Ages

Information was compiled on the area from the 1840s right up to the 1970s. Old ordnance survey maps of the area were also sourced together with census results. An information panel was erected in the school to display the vast amount of data accumulated. 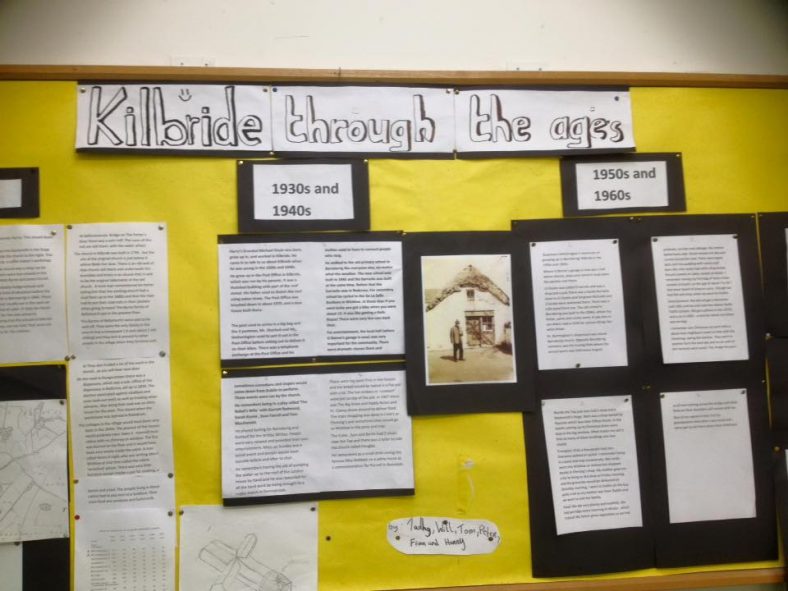 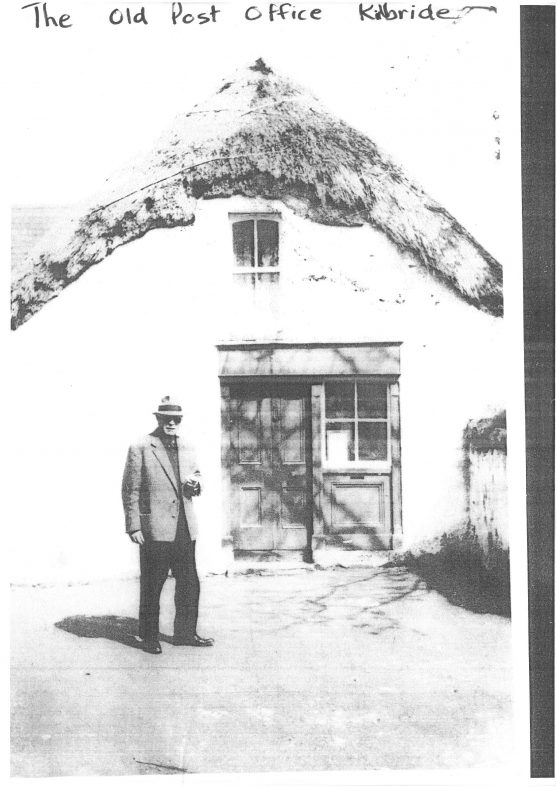 In one of Tadhg’s fields, it is said by the Cullen family that people from the famine were buried there and it was called Hell. Some local people bless themselves when they are passing by.

Another opinion is that it was a misreading of the word well on an old map. On the 1838 first Ordnance survey map there is a St. James’s Well marked in that field. People in Wicklow Town used to call the road near the Beehive to Ballymurrin, ‘the road to Hell’!